The Glastonbury Rotary Club has been in existence since 1948. Most of the town’s residents have had their lives touched by a Rotary service, project or donation.

In 1979, the club formed and funded the Glastonbury Rotary Club Scholarship Fund Corporation. 48 students have received a scholarship since then – 29 females and 19 males.12 students received one time grant awards from 1999-2005.

Since 1979, the Glastonbury Rotary Scholarship Fund has awarded $594,600 in scholarships and grants to 60 students.

Glastonbury Rotary has greatly impacted the lives of these young individuals and their families and is very proud of this extraordinary accomplishment.

The award is the highest given in Rotary and is memory of its founder Paul Harris. 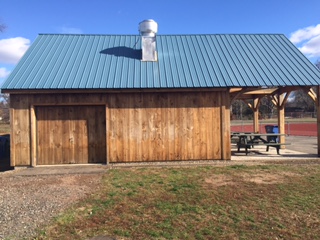 We built the Concession Stand at Glastonbury High School in 2008.  Was looking quite shabby, so 15 Rotarians  power washed the entire building recently.  Looks like new!

Why Join the Rotary

Hear from some of our club members on why they joined the Rotary. More…